OOC: Aside from being the brainchild of the author Branwen Blaidd, of Tralee Descent for her Gwarcheidwad Series of Novels, the Trossach-Confederation also serves as the Future Tech Canon for the Free Lands.

The Trossach-Confederation is a an interstellar confederation of eight stellar systems with a total population of 29.3 billion people.

EC and CC are the

The Year Zero is the arrival of the first colonists on Tlysglass.

The Trossach-Confederation is composed of eight stellar systems with a total of 46 worlds, all of which are inhabited to various degrees,

List of Worlds and Systems belonging to the Trossach-Confederation

Generally speaking, the Trossach-Confederation is a union of sovereign groups or states united for purposes of common action. As such, the individual planetary and system governments are usually quite independent in their action, but united in a similar purpose.

The General Government, with its seat in Pendawr, Sboncelon on Tlysglass, takes care of foreign relations, defense, internal trade and economics, as well as several smaller issues of coordination, which require a general, over-arching government for coordination.

The specific Offices and Ministries are:

The Confederation has one 'federal' law enforcement agency, the Confederated Police, mostly tasked with investigating Confederation-spanning crimes and crimes from the outside, but also with escorting trade vessels and taking on small time pirates (larger pirate organizations are left to the military).

Aside from that, the systems have their own police forces, both on planetary, regional and local levels.

Backbone of the spacefaring capabilities of the Confederated Police are the Gawylwir-class Police Cruisers.

One of the most serious problems of the Confederation are the activities of the Gwyrydlas-Syndicate under Aderyn Trossydola.

The Confederated Defense Forces, CDF for short, are the armed forces of the Confederation. In general, they can be divided into three main branches:

Pride and joy of the CDF are its fifteen Dewireder-class Supercarriers as well as the Yimyrid VI Command Carriers.

Agriculture is practiced on a lot of worlds within the Confederation, to varying conditions. The majority of the agricultural production in the Confederation stems from hydroponic cultures, especially on moons and planets too close or too far away from the local star to allow for any other form of farming then indoor farming.

The largest space shipbuilder of the Confederation is Iaradangau Shipbuilding Company, which builds spaceships. The headquarters of the company is in Cayfalf on Tlysglass and the main facilities in orbit of the planet as well as of Haulmelyn IV. One of their most revered product is the Type 119 Ambarpas-class Freighter, like the Chapus Siwper is one.

Space stations within the Confederation are usually built by the Illoreren Space Construction Company, which also sets up the orbital stations and space elevators connecting surface and space.

Many planets, where there is liquid water, also have shipbuilding companies for the oceans there. Standing out among them is the Craganna Surface Ship Building Company from Syryffio, which is known for their Hybrid Yachts.

One of the largest manucaturers for ground vehicles is Cawar Ground Vehicles.

There are several clothes manufacturers within the Confederation, which compete in many different fashion shows. There are many different trends, from biots, essentially making the wearer clothe him- or herself in living organisms specifically designed, shaped bred for this purpose, to industrial fibers.

One of the most important tourist destinations in the Confederation, both for internal and external tourism, is Syryffio.

See Main Article: List of Characters of the Trossach-Confederation.

While the majority of people in the Trossach-Confederation are humans, more then a third of the Confederation's Citizens are non-humans.

One of the most prominent races in the Confederation are the Bwytanach, who rarely leave their home planet Syryffio. The ones, who they share their homeworld with, the Dynnacath, are more adventurous, however.

The Cwachgweni are another race represented in the Confederation, known as some of the finest droid and starship engineers in the known galaxy.

There is a small community of Spiorad Ainmhithe within the Confederation as well. 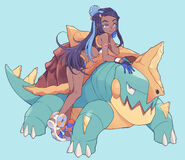 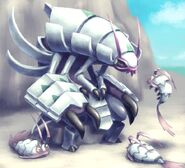 The majority of the citizens of the Trossach-Confederation are Crefayd-Paganists, with 43 percent of the people following the various mystery cults. Another 21 percent follow the tenets of the Creydemahan Paganism. The Hunygolian Monotheism is another major religion, with around 10 percent of the population following that faith.

19 percent of the population follow the Trayethian Monotheism, especially on Syryffio.

7 percent of the population are either atheists or follow other religions.

Culturally, the Trossach-Confederation is very diverse.

Two of the currently most popular bands are Yinol and Cryffa. Rhodri Mewcariad is mostly known for his love songs and ballads.